Use code SALE50 for 50% off houseplants, annuals and vines! 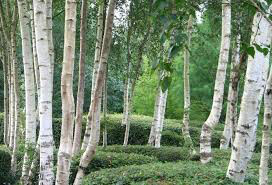 Jacquemontii is best grown in moist, acidic, sandy or rocky, well-drained loams in full sun to part shade. Best foliage color occurs in full sun; however, it casts a light shade into the area it is planted in so would be a great tree for a shade garden.

Betula utilis is native to the Himalayas where it was discovered by Joseph Hooker in 1849. It is a medium sized tree that typically grows to 30-40’ (sometimes to 60-70') tall with an open pyramidal habit. Ovate, double-serrate, yellow-green to green leaves (to 2-3" long) turn golden in fall. Tiny monoecious flowers appear in late spring in separate catkins on the same tree: yellowish-brown male flowers in drooping catkins (to 3-5” long) and greenish female flowers in much smaller, upright catkins (to 1.5” long). Female flowers are followed by drooping cone-like fruits containing numerous small winged seeds that typically mature in early autumn.

Var. jacquemontii is a variety from the western Himalayas (Kashmir to central Nepal) that is most noted for its exceptionally white bark. It is named after French naturalist Victor Jacquemont (1801-1832). Technically the main differences between the variety and the species are that the variety has fewer vein pairs per leaf (7-9 pairs for the variety and 10-14 pairs for the species) and whiter bark. Although bark color can be variable, many authorities consider the bark from this variety to be the whitest found on any birch. Sometimes commonly called white-barked Himalayan birch.

Genus name is the Latin name for birch. 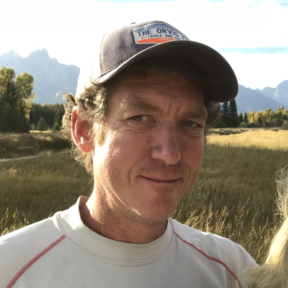